My works include plays, short stories, audio drama, films and a couple of novels, including my most recent one, “Percy & Reggie and the Agents of the Underearth," a light Victorian science-fantasy for which I’m currently seeking representation.

Two aristocratic and somewhat empty-headed chums, along with a resourceful valet and a mysterious guide, descend to the center of the earth via a department store elevator to a world of wonders, danger and mystery. Also, dinosaurs.

Listen to the first chapter here.

You can download the audio here or read the prologue and first chapter here. or contact me for more

In Summer of 2020 I wrote and directed a low-budget film called Percy and Reggie and the Great Parisian Airship Exposition, working with Portland filmmaker Jerry Wilson. This was a bit of an endeavor as it was pre-vaccine, so we had to observe strict and ingenious COVID protocols. These were in part made possible by shooting the entire film on greenscreen with a limited cast and company, as well as strict masking, social distancing, and air filtration. The resulting short film, Percy & Reggie and the Great Parisian Airship Exposition. won the 2020 Dream Machine International Film Festival's award for VFX--quite an achievement for an indie production made during COVID on a budget!

Want to learn more about the film? Go here to read an article in Steampunk Explorer about the chaps, watch the trailer here and click on the button below for a BTS essay on how we shot the thing! 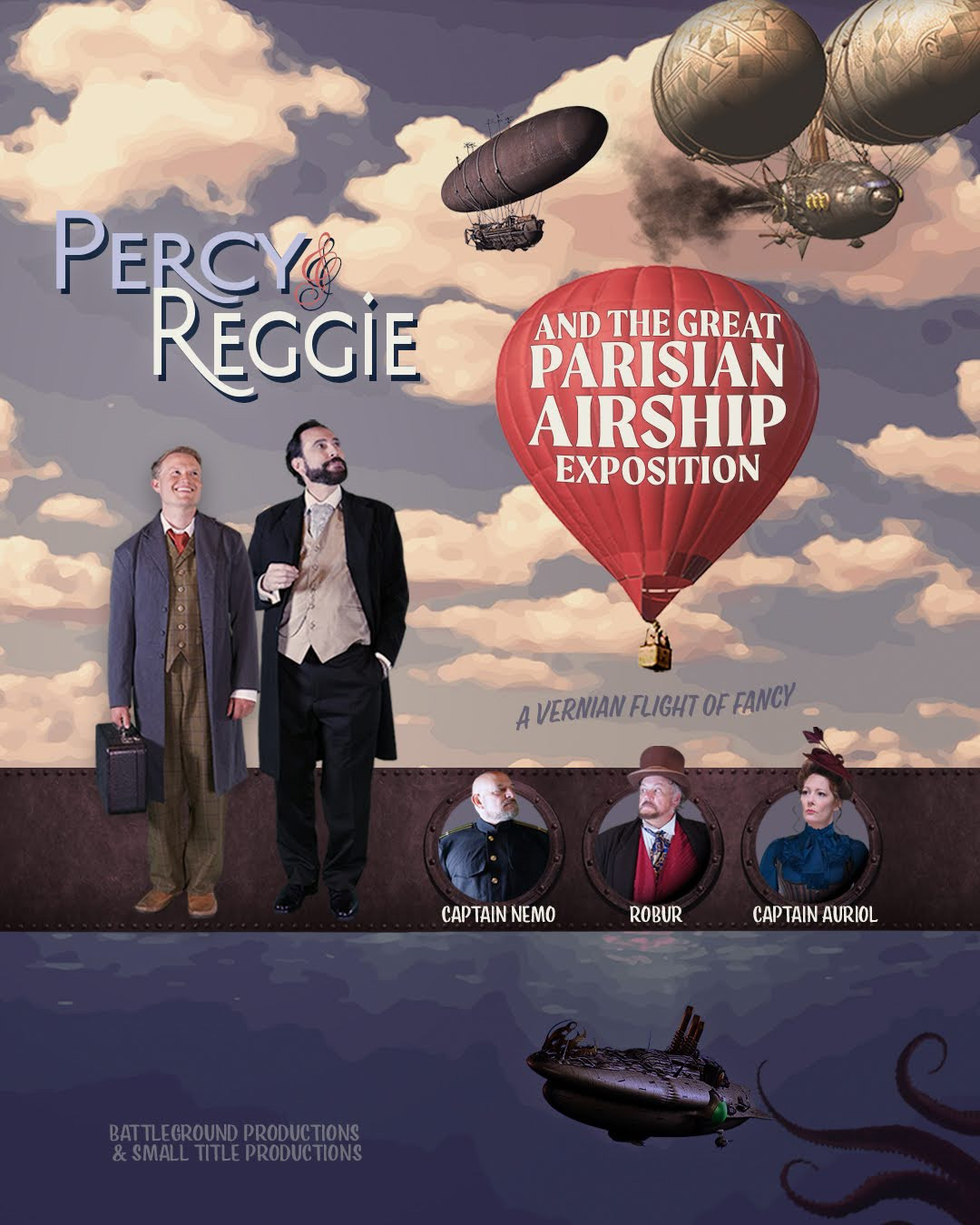 AND THEN THERE'S BATTLEGROUND

Much of my writing work for the past six years has been developing several original series across podcasts, short films and live stage shows, including BRASS, Percy & Reggie, and most recently Nightmoor Manor. If you'd like to check any of this work out, here's a link to the Battleground Productions site.